Is there a limit to what can be considered art? It is very likely that there will never be a

consensus on that question. Every person has his or her own opinion of what constitutes art. For Pearl Fryar, art doesn’t merely exist in the form of oil paints on a canvas or chalk pastels on paper, it exists in a most unusual place: His garden.

In 1984, Pearl Fryar wanted to win the “Yard of the Month” title in his community. In an effort to do that, he began creating a garden that would one day become what it is today: a three acre topiary wonder. Possessing only desire and no training, Fryar set out to purchase plants for his garden. He took home the raw materials of his soon-to-be feast for the senses as well as a three-minute lesson in topiaries. From those basic resources, Fryar created a garden that is as true an art form as one can find.

Years after he had started crafting his garden, people began to tell Pearl Fryar that he had broken the rules of horticulture in the creation of his art. By that time, he had cultivated a masterpiece that was drawing major attention.

There is something about art that intrinsically draws people to the divine and eternal. The art that resides in Pearl Fryar’s garden is no different. Each week 300-500 people flock to his garden with all the fervor of those pursuing a weekly service at a church or temple. Fryar commented that he considers his garden as much a ministry as any place of worship.

Bente Borsum said, “Art knows no limit, and the artist will never achieve perfection.” How true that statement has proven itself in the life of Pearl Fryar. His garden art has outgrown the limits of what is considered a “traditional” art form, and even proceeded to touch the human spirit. As far as achieving perfection in his craft, Fryar seems to know that he never will, and he is not concerned; that is not his goal.

What is Fryar’s goal for his garden art? In his own words, “The idea is to leave this garden with a message, to feel differently than you did when you started.” Pearl Fryar wants those who come into contact with his art to be changed; isn’t that the desire of all true artists? 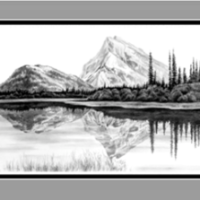 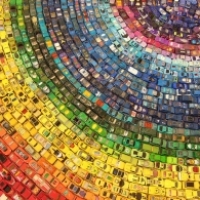