Benjamin West (1738-1820) was an American born painter who found great success in Europe. During his career he became known for elevating historical art practices in Britain. He also co-founded the Royal Academy and served as president following Sir Joshua Reynolds. In everything he did, West exuded confidence in himself and his abilities. As a result, his art was noticed by all. 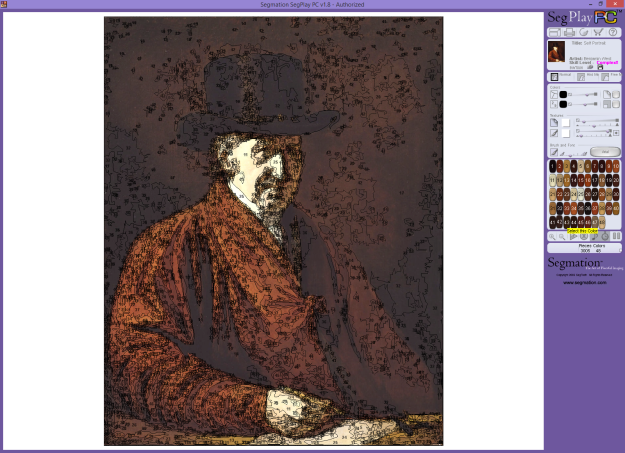 Attention was given to Benjamin West long before he became known as “The American Raphael.” West was born in Pennsylvania in 1738, nearly thirty years prior to America claiming its independence from Great Britain. At a young age, he showed great artistic talent and an eagerness to learn how to produce great artwork. In fact, it was believed that West learned how to create paint by watching native Indians mix clay and bear grease together in pots.

After acknowledging his strengths, Benjamin West’s parents and the Quaker community in which they lived gave him permission to travel to Philadelphia and New York where he would study art. However, these emerging art hubs did not keep the skilled artist’s attention for long. In 1760, the painter went to study abroad in Italy on a trip sponsored by William Allen, the wealthiest man in Philadelphia at the time. Upon leaving Italy, West moved to England where he would grow into a great artist and teacher.

West did not spend much time in London before he painted Cymon and Iphigenia which exhibited in 1764 at Spring Gardens. Also, he was quickly commissioned to create portraits for Bishop of Bristol and Bishop of Worcester, as well as the Archbishop of York, Robert Hay Drummond. In 1766, he designed an altarpiece for a church in London, St. Stephen Walbrook. And he also painted Orestes and Pylades and The Continence of Scipio. His portrayal of classical subjects was very well received.

By 1970, Benjamin West was making a big splash among art enthusiasts including King George III with two paintings: The Oath of Hannibal and The Departure of Regulus. These depictions of ancient history proved that the American artist mastered “the style of history painting the French had perfected,” according to Loyd Grossman, a Fellow at the Society of Antiquaries.

Then, in 1771, Benjamin West showcased The Death of General Wolfe at the Royal Academy. West could not have known the painting would become one of the greatest art achievements in the 18th century. West’s refined approach to historical art did not show subjects in Greek and Roman dress, nor did he show them in shabby clothing. All subjects were glorified in West’s paintings; they were made to look pristine. According to Senior Curator at the Royal Academy, Helen Valentine, this was the “grand style” Benjamin West used and taught. He applied his grand style often, making the scenes he painted appear idyllic. He used the style as a tool for inspiration and created high art by deliberately perfecting nature which he felt would elevate himself and society.

The following year, West was paid an annual salary of 1,000 pounds to serve as the historical painter to King George III. Sometime later, after the death of Sir Joshua Reynolds, West was royally appointed to the role of president of the Royal Academy. West only took one year off from the Royal Academy between entering office in 1792 and his death in 1820.

In that time, and throughout his career, West influenced many artists in Britain and America. As he painted, he taught others the intricacies of his style and elevated the practice of painting historical art. Looking beyond his influence, one truth remained constant: Benjamin West was Britain’s “American Raphael.” To this day his art is showcased and his talent is noticed.

However, this post is meant to recognize his artist style and some major pieces. For those who want to read more of West ‘s story, visit this link: http://www.segmation.com/products_pc_patternset_contents.asp?set=BWT . Also, Segmation is proud to offer 27 digital West patterns. By downloading these paint by numbers masterpieces, you can emulate one of the most fascinating artists who ever lived.

Enjoy the 26 Benjamin West – The American Raphael. Segmation has for you and continue to learn and celebrate the life of a great artist. 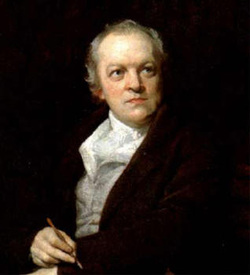 Artists have varying traits and abilities. Still, there are many common threads that tie this community of talented individuals together – one being that artists feel as if they are different. This isn’t too farfetched; artists are often misunderstood by society and even their peers. This story is especially apparent in the life of William Blake.

Regardless of how others viewed him and his art, William Blake’s work has gained notoriety. Unfortunately, Blake died nearly two centuries ago with no money and little recognition.

The interesting life and work of William Blake could be discussed for hours on end. However, this post is meant to recognize his mystical style and some major pieces. For those who want to read more of Blake’s story, visit this link: http://www.segmation.com/products_pc_patternset_contents.asp?set=WBL. Also, Segmation is proud to offer 24 digital William Blake patterns. By downloading these paint by number masterpieces, you can emulate one of the most fascinating artists who ever lived.

Blake lived during the latter half of the 18th century an up to 1827. He was both an artist and poet. During his life, he and his wife worked as engravers to make ends meet.

Today, Blake is recognized as one of the founders of the Romantic Movement. He approached the content of his art as if it all took place in a dream. It seems he was fond of stories from the Bible in addition to great works of literature. In studying his work, it is clear that these characters were alive to him. He paints vivid pictures that could have only been birthed from his imagination.

The Work of William Blake

On the day William Blake died, it is said that he was working on illustrations to go along with Dante’s Divine Comedy.

Before that, at the age of 65 he pursued a project that consisted of 21 copperplate illustrations purposed to breathe life into the Old Testament Bible story of Job.

His life was riddled with disappointment and depression. One story that exemplifies this truth comes from a time he shared an idea with a publisher. He wanted to illustrate Chaucer’s Canterbury Tales. The publisher liked the idea but chose to have another artist complete the work. Still, Blake moved forward with creating his own illustrations and planned to sell them at a separate exhibit. Unfortunately, very few people attended the affair and he did not sell a single painting that night.

Despite a life of hardship, William Blake never stopped creating art. Poetry and painting were his passions and engraving was his trade for nearly 50 years.

It can be assumed that Blake had delightful seasons of life, even though they didn’t come in the forms of dollars or fame. Nevertheless, happy stories about William Blake are hard to find these days. Today, William Blake’s joy can only be seen in his paintings.

Enjoy the 24 William Blake Patterns Segmation has for you and continue to learn and celebrate the life of a great artist.