The Golden Gate Bridge is a suspension bridge in San Francisco. It spans the Golden Gate which is the opening of San Francisco Bay into the Pacific Ocean. It is considered to be the most photographed bridge in the world. Construction started in January 1933 and opened in May 1937. It is painted in a color called International Orange, originally used for a sealant for the bridge. Unfortunately more people attempt suicide at the bridge, than any other location.

Our pattern set collection contains many photographs of the bridge taken from various angles and vantage points, and at different times of day. Several show the bridge enveloped in fog, a common occurrence in San Francisco. 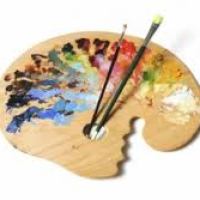